Thank you for contacting us! If needed, you will hear back within 48-72 hours.

Sunny is an active girl.  Underwater photography and modeling is her specialty.  Her hobbies include surfing, skateboarding, winging, skiing, paddle boarding, fishing and any water sport she can get into, she will give it a try.  Sunny has comfort in modeling while doing any of her hobbies.  Fashion modeling is fun for Sunny. Sunny practically lives in a bikini, so bikini shots or any beach modeling is just a normal day for Sunny. 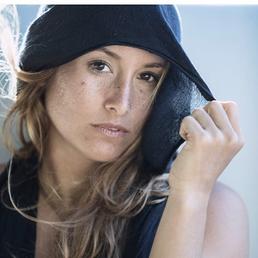 FOR BOOKING INFORMATION, FILL OUT FORM 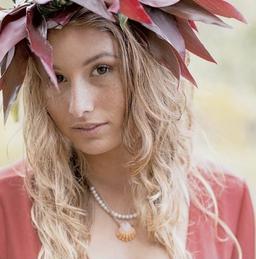 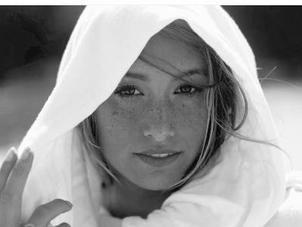 Sunny Kalama was born and raised on the beautiful island Maui. The island where people go to get away, but to Sunny, it’s the island that made her into who she is today.

Having a family that is supporting and high achieving, has also helped shape her character and life experiences.  Sunny has a world famous waterman for a dad, Dave Kalama.  Her mother, Oriana Kalama is an ocean lover, singer and an entrepreneur who founded and is the CEO of Ocean Defenders. In a musical family, Sunny’s grandfather, Jorge Ledezma Bradley, who has a doctorate in Music, conducts the Panama National Symphonic Orchestra.  Sunny’s favorite island popstar is her Aunty and best friend, Lia Live. And finally, her amazing cousins, The Kalama Brothers, who have been featured on American Idol and multiple other talent TV shows. With all this greatness in her family, it’s only natural that she try to make a name for herself.

From as long as Sunny can remember, she have always wanted to be a singer. The first song she wrote was called “Cat On The Loose” which she wrote at the age of five. Sunny has been a member of the school choir since the 6th grade, and was picked to perform solos often. In High School, Sunny was invited to become a member of the Tri-M music Society for her writing abilities. Sunny got to perform at many festivals with the school choir, and she also performed at one of the biggest venues on Maui, the MACC.

Then, at the age of sixteen Sunny released her first single “All I Wanted”, featuring my Aunty, Lia Live. Later at the age of seventeen she released her second single “Love in Time”.  Sunny performed as a back-up singer with her band at popular venues all over Maui, and got to perform her single at local festivals such as Fourth Friday. When Sunny graduated, she got the opportunity to lead her whole class in singing their class song, which Sunny personally arranged, and got to perform in front of the whole stadium filled with our community, family and friends.  Sunny says, “It was one of the best moment of my life!”

After graduating High School, Sunny attended the University of Hawaii, Maui campus. She took all music classes: song writing, chorus, guitar, and music engineering. After a while, she found herself searching for more. More life experiences, more excitement, something a little closer to home, the ocean. She started her own underwater photography business where she can spend more time with her family and make some money to support her music career. Sunny reached out to local snorkeling charter boats and before she knew it, she was on the boat every day taking photos of people underwater. It’s very tiring work to be waking up every day at four in the morning and being in the sun all day, but to Sunny, it’s all worth it. Then at night, she could still go and sing, perform and focus on her music.  It is the story of most performing artists.

On her days off, Sunny likes to spend time with her family and do fun activities with them. Sunny and her brother are especially close because they share a lot of the same hobbies and interest. They go diving for fish to cook, go skateboarding, surf, and they even got into this new sport called winging. Sometimes when they’re in the kitchen cooking, they have rap battles. Challenging each other to rap about any topic that they pick for each other. It’s nice that her brother pushes her in the water to become a better water woman and she pushes him to be a little more creative and musical.

Recently, Sunny performed at ‘Pipeline To A Cure’ in Huntington Beach, which is a big event that benefits people who suffer from Cystic Fibrosis. Sunny performed with her cousins, The Kalama Brothers, and she got to perform her solo songs in front of a huge audience. Sunny also performed at the Bob Bash 2019 which was at the Lahaina Civic Center. She has been writing and working on recording her first EP with producer Robert Tsuhako. Rob is a veteran in the music industry and has worked with top artists from Hawaii such as Bruno Mars, Anuhea, and Amy Gilliom. The EP will include my latest single, “Nobody Likes You”, which was released in November of 2019. You can watch the video for the song on YouTube, which she recorded with a lot of help from her friends and released in January of 2020.

NEW RELEASE: NOBODY LIKES YOU 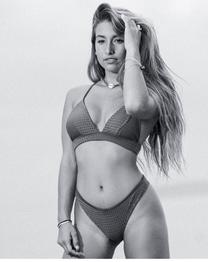 FOR MORE ON SUNNY: WWW.SUNNYKALAMA.COM

FOR ALL YOUR ENTERTAINMENT NEEDS